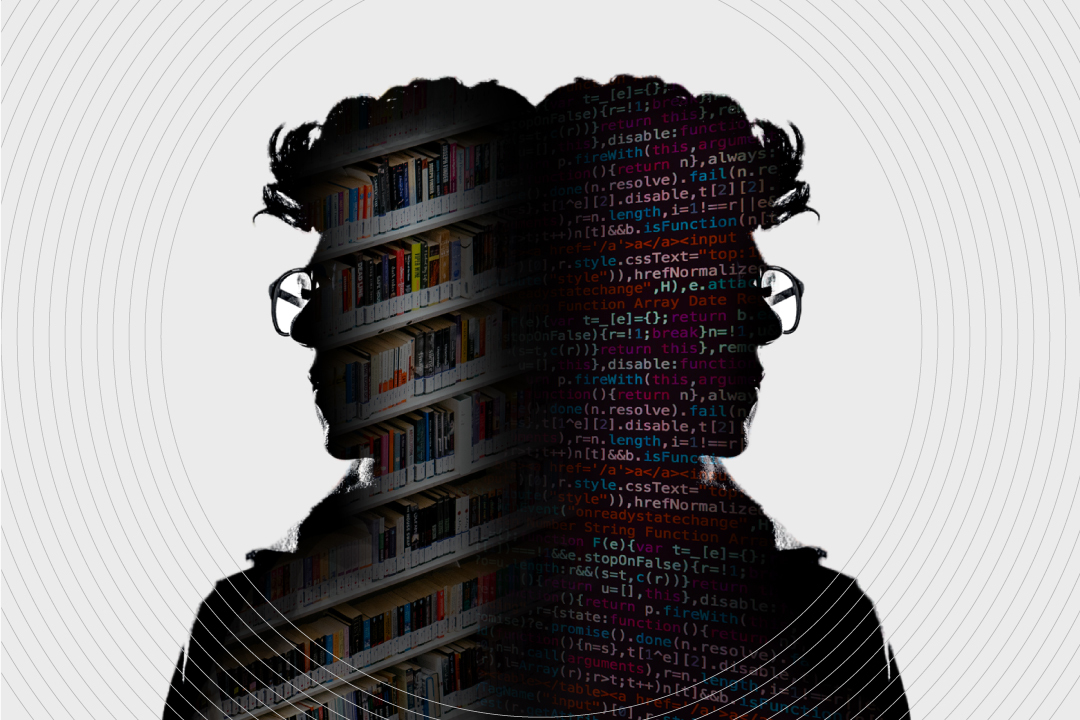 The main purpose of this article is to share my personal journey in reconverting to coding, willing to provoke you to identify points in common between my experience and your own trajectory, and to give you useful tips that help you in your future and labor insertion.

In this article you will find my transition story from Social Sciences to Programming, you will discover, through data, IT as a world plenty of opportunities and I will share some tips and learnings that I know will be useful in your path.

Last but not least, we will debunk  some myths that I guess  could be preventing you from making that switch to tech.

It was March 2007, and I was beginning my university studies in the field of Political Science. A few months before, I had finished high school and had no doubt that this was what I wanted to do.

I was motivated by a very elevated and Aristotelian vision of the public thing (“public” as distinct from “state”): the place we share with our neighbor, the sphere of human achievement, the community of belonging to which we owe attention and participation, and which deserves to be placed at the center of analysis and reflection.

Thus, I dedicated the following years to training and working in this area, mostly linked to projects and consultancies related to public policies in general and educational policies in particular.

My Android Phone as a turning point

But, in the second half of my twenties, an event occurred that at first sight we could describe as “banal” but deeply mobilized my vocational orientation: the acquisition of my first Android phone.

Curiously and unknowingly, at the same time I was defining and starting my career fifteen years ago, a technological revolution was taking shape worldwide. It will mean later a paradigmatic change in the way we communicate, interact and live: the first smartphones were emerging, and with them, the expansion of almost universal access to the Internet.

The world became a much closer, connected, informed and instantaneous space. And it was that revolution that knocked on my door a few years later with that operating system.

The strange thing about that was although I always had a good relationship with technology since I was a child, I was never a fanatic. But that phone was a turning point: I became passionate about software, and as a hobby I started to actively collaborate with developers and communities at user level.

Labor conversion to IT world

In 2019, being already thirty years old, I began to seriously question myself the possibility of turning that hobby into my new profession, attracted by the entertainment, opportunities and challenges the world of programming offers. And with an extra ingredient that meant -and means- a lot to me. Software is a tool of such wide utility and applicability, that eventually it would even allow me to still be linked from another place to those old study subjects I had dedicated so much time to.

Of course, I was aware of the risks involved in making a change of such magnitude at that stage of life, so it was clear to me that such an undertaking could not be done overnight.

I began then, a progressive transition made up of short online courses and self-taught activities, which confirmed my tastes and led me to the search for a determined training in the field. I completed it in 2020 by applying and entering Holberton School, a Silicon Valley institution which had just arrived in Uruguay and settled with a very intensive program in Zonamérica.

Thus, it was finally in July 2021, just a year later and not without much effort and sacrifice, that I fulfilled my dream of entering the IT world. Switch Software Solutions gave me to opportunity to develop my first weapons in this industry. And here I am!

Since then, and having already spent several months and participated in more than one project, there is not a day in which I do not wake up grateful for the opportunity with all those who supported me in the odyssey and proud of myself for having encouraged me to carry it out.

IT: A world full of opportunities

This personal experience of career change is not new to the technology industry, but rather is just a sample of what is replicated in countless occasions.

That’s because the IT market has certain peculiarities that differentiate it from other industries and make it especially attractive for those who are looking for new horizons.

One of these differentiating qualities is regarding opportunities. This is a sector born from globalization, in which borders are blurred and markets become common and global.

As such, the IT industry is characterized by its dynamism, its competitiveness and the fact that it is currently at the height of its expansion, a process that the pandemic has accentuated and accelerated.

Some outstanding figures about tech industry in Uruguay

Uruguay as a Software Development Hub

According to data from the government agency Uruguay XXI provided in its latest report, our country is the largest software exporter per capita in South America and the third in absolute terms.

The sector has shown in recent years, a growth much higher than the rest of the economy, doubling its share of GDP in the last ten years (from 1,6% in 2012 to more than 3% today), bringing together approximately 500 small, medium and large companies -plus 3800 micro-enterprises-, and employing next to twenty thousand people.

Software companies as a driver of labor demand

In terms of labor demand, according to the 2nd. Uruguay IT Labor Monitor carried out by IT Observatory of the Uruguayan Chamber of Information Technologies (CUTI) based on the Advice consulting firm’s monthly Labor Monitor, the technology area concentrates most of the total job opportunities registered in job portals and job banks between November 2020 and October 2021, with 20% of it.

Developer was the most demanded profile: 45% of the IT roles requested by non IT companies were for developers, while this figure reaches 50% for IT companies.

Here we have a very relevant fact: the digitalization of the Information and Knowledge Society permeates the processes, activities and products of practically all branches of the economy. This has caused demand to exceed the technology sector itself: 29% of IT job opportunities registered in the mentioned period came from non tech industries.

Perhaps the most outstanding side of this explosive growth, natural in processes as dynamic and expanding as those undergone by the IT world, probably lies in what is usually called “digital skills gap”.

What does it mean? A global phenomenon that shows how the evolution of demand for talent has been outstripping supply.

In other words, that the labor market is being unable to attract the number of people needed to fill all vacant positions in the industry.

Our country, as is evident, is not the exception, and, according to recent statements made by CUTI’s President, Leonardo Loureiro, this gap amounts to 3.000 people.

This is a problem for companies in the sector and for the country as a whole, since it establishes a production ceiling and limits growth due to lack of personnel, which forces employers to seek strategies to attract this talent.

In this sense, as a probable response to this problem, it is interesting to note that regarding the level of seniority, the same report indicates that 26% of the IT positions requested by companies in the IT industry have been directed towards junior employees (from 0 to 2 years of experience). This percentage increases to 42% within non IT companies.

In the same direction, another relevant piece of information refers to the requirements demanded in those job opportunities: 71% of those carried out by companies in the sector and 86% by non IT companies have been aimed at technicians. By technicians we meant IT worker profiles with specific and specialized training that do not require an university degree.

Tips for entering your IT journey

These data, in short, are what make up an environment conducive to reconversion: it is an industry that welcomes with open arms newcomers and graduates from technical careers and non-traditional programs.

Uruguay, specifically, has a wide and varied curricular offer -both in the private and public spheres- capable of meeting these expectations and needs. Ranging from more traditional careers, mostly offered by the main universities in the form of three-year technical degrees, four-year bachelor’s degrees and five-year engineering degrees, to the most innovative ones, focused on the most practical aspects of the field and strongly oriented to the labor market, designed as programs which duration is less than two years.

Among the former, careers offered by UdelaR, ORT, UTEC and UTU stand out, and among the latter, we could highlight Jóvenes a Programar, Hack Academy  and Holberton.

However, the offer is really wide, and it will depend as well on your “niche”; for instance if you will focus on testing you  have the Centro de Ensayos de Software (CES) with their Dual Educational Program for Testing. And so on…

Most of them have special agreements with tech companies (for instance, Switch Software is one of Holberton and CES Hiring Partner) so they offer interesting opportunities for your first job experience.

Although it is always a good idea to have an introduction to the area through some of the many online short courses, free or paid, available on platforms such as Coursera, edX, Udemy, Pluralsight or even YouTube, among others.

I recommend paying attention to the section on academic offer of the Uruguay XXI’s report mentioned above, as well as the report “ICT-2020-academic-report” from CUTI IT Observatory.

What is a reality  is that the labor demand and the curricular offer are there, and the path to follow will depend especially on each particular situation.

The important thing to highlight here is the huge opportunities that this technology sector currently offers to those workers who are already inside and to those who wish to enter. A booming industry, with no geographical limits as remote work is basically the rule in software development, zero unemployment and rapid insertion.

Undoubtedly, statistical information plays an unquestionably important role when it comes to analyzing the status of any phenomenon. This is what we have done in the previous section to visualize the opportunities that the technology sector allows us to enjoy today.

However, as a conclusion, I would like to complement those numbers with some experiences from a more human perspective, sharing certain lessons that this personal journey of insertion in the IT industry has left to me.

In fact, it doesn’t even matter just technical/hard skills. If I have learned something during this time, it is that companies  value very highly those other skills that are exercised on a daily basis but are not necessarily learned in a classroom: the so-called “soft skills”.

Knowing how to work in a team, being able to communicate an idea, being adaptable to changes, being able to work under pressure, or having a high capacity to tolerate frustration are some of the personality traits that companies look for and are not abundant in the market.

Those of us who come from other fields and experiences have the ability to contribute to this.

Naturally, I have been incorporating those learnings in the midst of the reconversion path. At first, fears and uncertainties were the norm, but having surpassed them would not have been possible without the support of many loved ones.

For this reason, as I have said when starting this article, the main purpose of it has been to provoke you to identify points in common between the narrated personal experience and your own trajectory, and to find here useful tools & tips that I’m sure will help you in your future and labor insertion.

If this has been achieved, I will feel satisfied.

Last, but probably the most important thing: if we have convinced you to give a chance to IT, we will be incorporating new talents eager to learn and grow into this market, contributing to personal, industry, and country development.